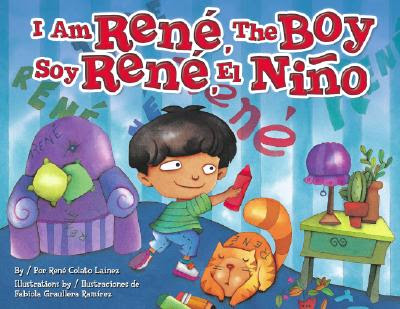 
I have followed and kept close to my heart Juan Felipe Herrera’s message “Always believe in yourself; don’t forget where you come from and don’t be afraid of life”. El Salvador is my country of origin, Spanish is my native tongue, and I do not give up. I am an immigrant and have experienced the stages of uprooting myself. I have lived to tell the story.

I was born in El Salvador. As a child, I went to school, recited poetry, played with my friends and won a hula-hoop contest on national television. I had a dream to become a teacher.

When I was around ten years old, the water stopped running in our house and the electricity was cut off. The silent nights became very loud. Bombs destroyed factories and homes. Many innocent people died during shootings everywhere in the country. In the mornings when I walked to school, soldiers marched down the streets with big rifles. I saw more dead bodies than pebbles on the sidewalks. When I was fourteen armies of masked men broke into schools and recruited all the students. I did not even want to go to school or anywhere. I had constant nightmares about being caught and becoming the next victim.

The world turned upside down when my father and I fled to the United States. I was uprooted by necessity from my beloved country, relatives and friends. Without being prepared, I encountered the first stage of uprooting, mixed emotions. Luckily my mother had come a year earlier. She had a job for my father and a house where we felt secure.

The second stage of uprooting, excitement and fear in the adventure of the journey was unforgettable. On my long and tiring trip, we sneaked across three borders. I became an illegal immigrant in three countries. At the Mexican/ Guatemalan border, a Mexican Immigration Border Patrol took all my father’s money. We were allowed to cross the border in exchange for our money. In Mexico City, my father and I became homeless. An old trailer became our home for two months. During this time, my mother collected more money for our trip. Then, my nightmare began. I had to cross the American border illegally. For two days, I walked, ran and climbed big mountains without food or water. The brand new shoes that Mamá sent me for Christmas were all torn up and without soles. I reached the United States practically without shoes at all. In a park, my mother gave a packet of money to the coyote who brought us. Then we hugged each other. A few hours later, my mother bought me a new pair of shoes.

Soon, I was in my third stage of uprooting, curiosity. I was thrilled when I saw a color television in our new apartment. In El Salvador, my family had a small black and white television. Now, I had a big screen color television all to myself.

In June, I started ninth grade at Milikan Junior School. It was chaos, a very different world from home. I was in my fourth stage of uprooting, culture shock that exhibits as depression and confusion. I did not understand my teachers; children ran from one classroom to another; the books were filled with letters that I knew but words that did not make sense to me. For the first time in my student life, I hated school.

Within three months, I was a high school student. I studied hard and did my best at school but for me it was not enough. During my silent period, all the teachers spoke English. I had so many things to tell them but I did not know how. Mrs. Allen was the only teacher who spoke Spanish. In her class, I felt secure and began to participate. Mrs. Allen was the first teacher who believed in me. Thanks to her affection, I broke out of my silent shell and I started getting good grades at school in all the subjects. In my fifth stage of uprooting assimilation/ acculturation into the mainstream, I acculturated to school and my surroundings.

Years later, I graduated with honors from high school. Then, I studied at California State University, Northridge and received a Bachelor Degree in Liberal Studies. Eight years after leaving El Salvador, I accomplished my dream of becoming a teacher.

Now, I have accomplished another dream. I am an author. My first two picture books Waiting for Papá/ Esperando a Papá and I Am René, the Boy/ Yo soy René, el niño are based on my immigrant experience. Reading and analyzing the works of authors like Amada Irma Pérez, Jorge Argueta, Jane Medina and Juan Felipe Herrera have helped me write more genuine and authentic manuscripts.

My goal as a writer is to write good multicultural children’s literature. Stories where minority children are represented in a good positive way. Stories where they can see themselves as heroes. Stories where children can dream and have hopes for the future. I want to show readers authentic stories of Latin American children living in the United States. 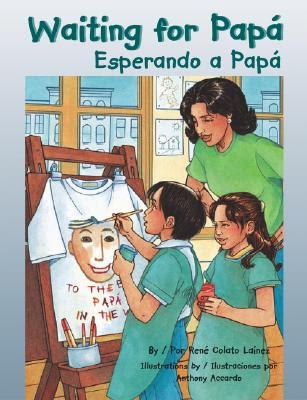