I was a global voice on the Papertigers Blog during the month of July.


PaperTigers Website highlights the world of young readers’ books. It features multicultural books in English from anywhere in the world, with a particular focus on the Pacific Rim and South Asia. In addition to interviews with authors and illustrators and a rich Illustrators’ Gallery, the website offers a wealth of articles, book reviews, reading lists, and many other book-related resources.

The blog also provides news and views on multicultural and international books, and world literacy; recommended readalouds; a monthly calendar of children’s literature events, and more.

I wrote about my life during the war in El Salvador, my life as an immigrant in the United States and my recent trip to El Salvador. Here is a peek of my three posts. To read the entire posts visit http://www.papertigers.org/wordpress/ 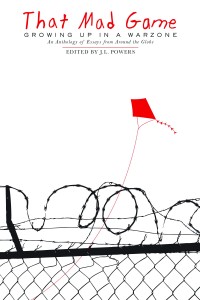 When I was a child in El Salvador, I went to school, recited poetry, played with my friends and won a hula-hoop contest on national television. I might say that I had a normal childhood. But then, everything was upside down. For many days the school closed because of civil revolts. The radio and the television always talked about the army, guerrillas and the revolution in the country. The mad game came to El Salvador. The country was involved in a terrible civil war. 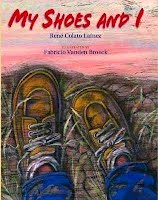 On February 17 1985, my father and I left El Salvador. Two days later, we arrived in Mexico City. Then, we were stuck in Mexico City for almost two months. We could not continue our journey because Mexican immigration took all the money from my father. It wasn’t until April that my mother sent us more money for our trip. During my journey, my father and I crossed three countries and climbed the mountains from Tijuana to the United States. But we made it to Los Angeles. My shoes were not new anymore. They had holes everywhere. One shoe was missing the sole. 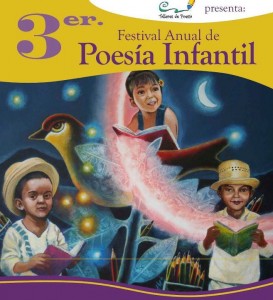 In the winter of 2010, I received a call from Salvadoran children’s book author Jorge Argueta. He and his wife Holly Ayala were organizing a children’s poetry festival in El Salvador and he was inviting me to present at the festival. For one reason or another, I had not gone back to El Salvador since my father and I had left the country and moved to the USA. I did my math: 2010 – 1985= 25. Twenty-five years away from El Salvador! It was time to go back.  I was returning to my homeland as a teacher and as an author.