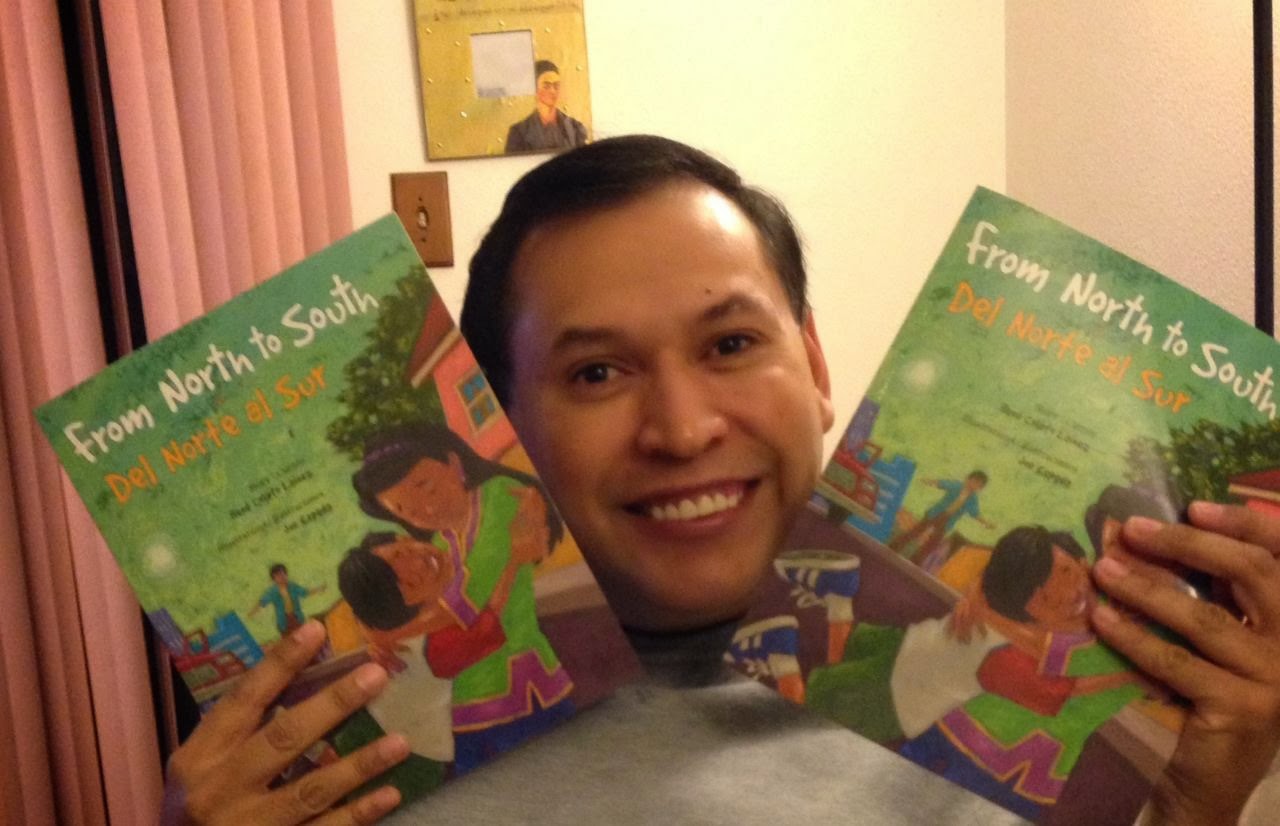 My bilingual book From North to South/ Del norte al sur, illustrated by Joe Cepeda, is back in print & now available in paperback edition. The book is available at http://www.leeandlow.com/

Thanks to all readers who had emailed me asking for the book.  It is great to know that it has touched many lives.

Here are some emails.

"Like you, I am an elementary school teacher. Most of the students in my class are Latino and, of course, immigration and deportations are huge issues. I've been trying to purchase your book From North to South but have been unable to do so. It seems like it's not selling anywhere! Do you know how I can get 6 copies of that book?"

"From North to South is truly a deeply moving book and so important in our community. One of my grad students  used it with families and their response was very heartfelt as one of the grandmothers was living the situation with her son who was deported. The grandmother is caring for her grandchild left behind."

"Thank you so much for writing From North to South.  It's so important for children to understand why they are separated from their parents.  The numbers are only increasing, unfortunately.
http://colorlines.com/archives/2012/12/us_deports_more_than_200k_parents.html
My fiance was recently removed to San Pedro Sula, Honduras.  I bought your book and took it to him last time I was there.  He wrote inside the book, and I mailed it to his children for their Christmas present.  Recently, I was at an immigration conference (I work in the advocacy field) and spoke to an attorney who is working with several mothers who have been removed.  I recommended the book and she bought a few and mailed them to Guatemala for the parents to write in for their children. Anyhow I thought you'd enjoy knowing that the book is making an impact in the lives of children." 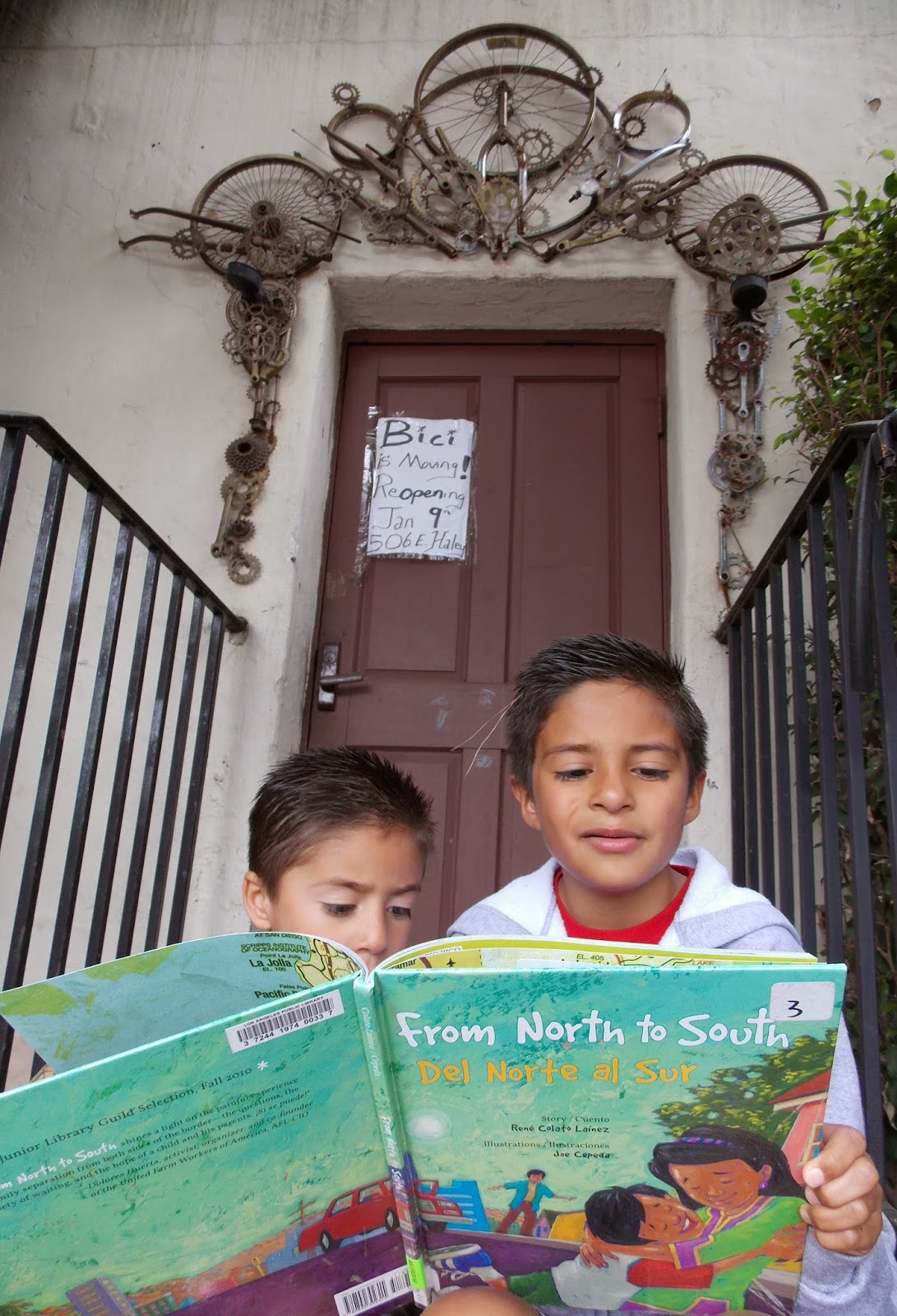 From North to South is written by René Colato Laínez and tenderly illustrated by Joe Cepeda. Colato Laínez’s story portrays the struggle of hundreds of immigrant families who suffer because of their legal status in the United States. From North to South shows the challenges and effects of family separation while dreams and hopes are abruptly stopped by the border fence.

José and his parents live in San Diego, California. One day, José’s mom is arrested and deported to Tijuana, Mexico during a raid in the factory where she works. After weeks of being away from  his mother, José and his father finally had the opportunity to go to Tijuana, Mexico to  visit her mother at a shelter called Centro Madre Assunta.*

As soon as José sees his mother, he desperately runs into her mother’s arms.  This event brings relief to the whole family and their broken hearts. José and his parents spend a very special weekend at Centro Madre Assunta. As a one big family, José and his mother spend some time with other children and women that are waiting to reunite with their loved ones on the other side of the border. They play games, plant seeds, eat, and rejoice for being part of this big family at Centro Madre Assunta. José’s dad is a legal permanent resident, so this means that José’s mom will soon be getting her legal status.

When it was time to say farewell to his mother, the sun also began to hide behind the mountain. As his mother read a story, José fell asleep on his mother lap. This very painful separation marks José’s family forever. Like a giant magnet, “the north” pulls José and his father back to San Diego while “the south” holds his mother back in Tijuana. Time and hope are her best allies to calm her broken heart.

*Centro Madre Assunta is a shelter located in Tijuana, Mexico. Centro Madre Assunta provides a refuge for women and children who have been deported or are trying to cross the border to meet again with their relatives in the United States. For more information about the shelter visit the following links:
Posted by Rene Colato Lainez